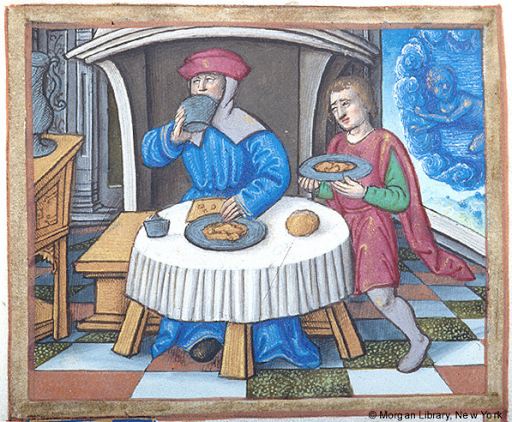 "And it is said that the nature of medicines is known through trial."

[He] was originally trained in the Greco-Arabic pharmacological tradition, whose pharmacopeia was richer than that of the initial Greco-Roman corpus. Indeed, according to a linguistic analysis of a number of old Islamic texts, the pharmacopeias of that period possessed drugs that were “33% Mesopotamian; 23% of Greek sources; 18% of Persian; 13% Indian; 5% Arabic, and 3% from ancient Egyptian sources.” To this rich collection of drugs, Amirdovlat added whatever unique elements he uncovered in the old Armenian medical tradition. Being an encyclopedist, Amirdovlat gathered the needed information from the best available sources. Being a polyglot, he was able to access a very large bibliography.

As a practicing physician, Amirdovlat respected the ancient tradition of favoring preventative medicine; following the precept that ‘to remain healthy is just as important as healing the sick…

Here are a few recipes from his book:

“The heart [of animals] is difficult to digest and should be fried in oil with pepper, cumin and oregano.”

“Kidney is best when obtained from lamb, and should be cooked with pepper and cinnamon.”

“Cheese can be cut into pieces, then fried in olive oil.”

Guerigian goes on to summarize Amirdovlat’s descriptions of various types of food, of which a few categories follow.

Amirdovlat describes highly edible and less edible birds. His list is essentially the same as the one describing the available species of birds in and around Bursa in the 19th century. The five often cited birds are (in descending order of number of citations): goose, partridge, duck, pigeon, and quail.

One curious bird is the ostrich, whose “flesh is nourishing but heavy,” and whose eggs are edible. Why is this bird, not native to Anatolia, cited by Amirdovlat as one well known to the populations? The answer is to be found in the travel notations of Simeon Lehats’i, a 17th century Polish-Armenian traveler: “I entered the palace of a Pasha and found in the courtyard very large ostriches… Those birds are found in the estate of [Osmanli] grandees who sell their eggs at six drachma and eight.”

Amirdovlat describes the crayfish (“of which there are two kinds… from the sea or the rivers… The author of this book says that its legs should be removed and its belly sliced… [the crayfish] should then be boiled in sweet water.”); and the lobster (“which possesses ten legs that are very long and it possesses horns… It is good food.”)

The most commonly cited fruits and nuts (in descending order) are: grapes (and all its derivatives), date, melon, walnut, prune, apricot, cherry, and fig. Amirdovlat states that apricot (tsiran) was called tufah ermani. He advises that there are ‘many varieties [of apricot], the best being big and yellow [that] can be found in the country of the Armenians.” Also, the apricot “cuts the thirst and the dried ones should be left in water to swell, then eaten.” Various other fruits are presented and discussed: “apple, grapes, pear, pomegranate, quince, white and red mulberry, etc.

“Amirdovlat very often cites wine and several such citations refer to ‘old wine.’ Beer is “less inebriating than wine. It is made up of sprouted barley and honey… and when [consumed] with quince, it strengthens the stomach.” Milk, of course, is considered to be a nutritious beverage and its sources are multiple: cow, camel, ewe, donkey, goat, and mare.

“Amirdovlat talks about chaman: “which is the kamon [cumin]. But this term today connotes more than cumin, i.e., fenugreek. Amirdovlat also mentions that the undesirable effects of Apukht “will be mitigated if prepared with seasonings, including cumin, thyme, coriander and hot medicinal plants. The contemporary coating of pastirma is called chaman in Armenian. This paste, made up with ground seeds of various botanical spices, generally called chaman, plus a mixture of paprika, pimiento, and garlic, is then used to coat the salted then dried veal to give pastirma proper, which brings us to the Turkish term pastirma.

What’s the origin of this product? This is very difficult to establish. Originally, this seems to have been a Byzantine invention from Cappadocia, where underground dwellings were used to cure and dry a beef preparation called paston. Later, this product was probably refined in Caesarea, using quality meat obtained from veal… The nomadic Turkmens are ascribed the habit of carrying raw meat under their saddle. When they became sedentary and occupied western Anatolia, they must have prepared pastirma—either a product close to the paston, or something more attuned to their own taste. It is sometimes stated that they introduced this pastirma in their European conquests (e.g., Hungary and Romania), where it changed again to become pastrami, which the Eastern European Jews then introduced into the United States.”

Popular posts from this blog